In case anyone hasn’t noticed, there’s a meetings-industry construction boom going on throughout the South. Existing facilities in large urban areas, mid-sized cities and small towns are adding convention and event space. New hotels are opening up or under construction in almost every meetings destination. Cultural, recreational and athletic venues are creating unique settings for special events. But this current round of expansion isn’t just about adding more exhibit space or increasing the number of hotel rooms. It’s also about upgrading the infrastructure to address current and projected changes in technology, so that meeting participants can stay connected. It involves redesigning spaces to encourage interaction, both amongst meeting-goers and with the surrounding community. It incorporates “green” measures to make meeting sites more energy efficient and sensitive to the environment. And it includes elements such as digital signage, food stations and charging station kiosks that engage attendees.

Millennials can take much of the credit for this evolution in meeting-site design. Civic leaders and architects are among the many decision makers taking notice of the workstyles, social habits and interests of this much-studied group.

However, the trends affecting new approaches to meeting space design aren’t limited to Millennials. Take connectivity for example. A recent report from the Pew Research Center found that 65 percent of adults now use social networking sites, almost 10 times the number (7 percent) who reported doing so in 2005. While youth is strongly correlated with social media usage–90 percent of those aged 18 to 29 use it– usage among those aged 30-49 has climbed from 8 percent in 2005 to 77 percent today, while usage among those 65 and older has more than tripled since 2010, from 11 percent to 35 percent.

With more and more people of all ages wanting to keep up with things happening back at the office, check in with friends and family, or find each other in a crowded convention hall, all of this social interaction places a continually-growing demand on a venue’s data capacity.
In this special section ConventionSouth takes a look at how expansions and renovations are creating meeting space for tomorrow.

Whether it’s an individual trying to get work done in a hotel room or a large group of people in a convention center ballroom trying to download an app at the same time, meeting participants have come to expect high-speed wireless Internet service and they are not happy if the connection is slow or shuts down.

Sharlene Chiasson, sales director of the Cajundome and Convention Center in Lafayette, La., provided a good example of the demand that can be required of a facility’s data system. “We recently hosted a Louisiana Department of Education

conference that required Wi-Fi use in every room at our facility,” she said. “During one session, the facilitator needed all 1,600 participants to down- load and use an application at the same time and we were extremely proud that we had upgraded our data system, which was more than capable of meeting their technology needs.”

Chiasson added that the facility will be able to handle data needs of even larger groups when it completes renovations to the Cajundome in 2016, which will include the addition of 1,000 seats to its 13,000-seat arena. “Having a person on staff who is dedicated to social media and creates ways for the audience to be interactive at events helps keep participation levels high,” she advised.

Among the facilities adapting to this trend is the Robinson Center in Little Rock, Ark. As part of a $70 million “re-imagining” and expansion project, the historic performing arts venue is adding a conference center overlooking the Arkansas River.

“This addition on the north side of the building will allow groups to take advantage of, and enjoy, the beautiful river views,” Alan Sims, vice president of sales and services at the Little Rock Convention and Visitors Bureau (CVB) pointed out. He added that increased lobby space and new outdoor plaza areas will encourage meeting attendees to interact with the downtown, which in the midst of a revitalization.

The Kentucky International Convention Center (KICC) in Louisville is also working to create interactive space. When announcing a project that will get underway at the facility in August 2016, city leaders stressed that the additional 200,000 square feet of contiguous exhibit space being created will incorporate a new design that will improve navigation and pedestrian flow through the building, as well as improve the exterior of the building and emphasize entrances.

“Combined with the Omni development, the bourbonism boom and the other new hotels, this convention center will add even more vitality to our vibrant downtown,” said Mayor Greg Fischer.

In addition to expanding the front facade to provide more practical, pre-function space, the project will add more windows and skylights to give the venue a contemporary, open and inviting aesthetic.

“This renovation project enables Winston-Salem to connect the activity taking place in our downtown with the experience our planners and attendees desire,” Geiger said.

Hotel developers are also embracing the trend toward interactivity. In Greenville, S.Car., the developers of a new 144-room Aloft Hotel, scheduled to open in November 2015, boast that the property “will offer easy-breezy access to business offices, arts venues and beautiful natural attractions.”

“The evolution of downtown Greenville is one of the Southeast’s greatest success stories and we are excited to be part of it,” said Wes Townson, vice president of acquisitions for the McKibbon Hotel Group, which is developing the property. “Aloft Hotel will bring new excitement to downtown, serving as a one-of-a-kind venue for the city and its visitors and offering a new option for special events and corporate meetings.”

The Hotel Vandivort, a new hotel which opened earlier this year in a historic building in downtown Springfield, Mo., was also designed to “capitalize on a vibrant downtown setting and offer a truly authentic experience,” according to Rusty Worley, executive director of the Downtown Spring- field Association.

The 2,800-square-foot Vandivort Ballroom was located on the top floor of the four-story building to take advantage of the views it offers of downtown and historic Walnut Street, while the Cornerstone Room, with 850 square feet on the lobby level, has a large window providing natural sunlight.

Many Southern meeting facilities have gone beyond the basic steps of conservation, achieving various levels of certification through the Leader- ship in Energy & Environmental (LEED) standards established by the U.S. Green Building Council.

At the Austin Convention Center, the first in Texas to achieve LEED-gold certification, a commitment to “supporting and encouraging sustainable practices to protect and improve the environment” includes being completely powered by renewable energy.

To encourage its staff and visitors to use energy-efficient transportation, the facility offers 30 preferred parking spaces for vehicles that use alternative fuels. In addition to efficient lighting and recycling, sustainability measures include a green roof, composting and biodegradable cleaning materials.

As properties across the South are built or renovated, LEED certification is often central to marketing efforts. For example, the Westin Jekyll Island, a 200-room, convention-class, beachfront hotel, which opened in April, points out in its promotional materials that “the five-story, U-shaped, beachfront hotel was designed by LEED Silver specifications and minimizes the hotel’s impact on the barrier island’s sensitive surroundings.”

The International Association of Conference Centres (IACC) has established its own criteria for sustainability and environmental awareness.

Lansdowne Resort in Leesburg, Va., was among the most recent recipients of the Gold Tier IACC Grenn Star Award, which involves 59 tenets of sustainability, including water conservation, waste management, recycling and reuse, energy management and education awareness.

“At Lansdowne Resort we continue to explore ways to expand our “green” initiatives and our practice of sustainability,” said James Horsman, managing director. “With each improvement we are one step closer to lowering our impact on the environment and providing our guests with the healthiest experience possible.”

Ongoing sustainability efforts at the meeting and event destination include utilizing fresh, local, organic, seasonal and sustainable ingredients, many grown on-site, as well as local wines and beers on the menus; a “least disturbance” approach on golf courses; a waste management plan using biodegradable materials and environmentally friendly cleaning products; a honey bee beehive on-site produces hotel-used honey and supports the pollination cycle, according to Horsman.

When describing the renovations to the Orange County Convention Center (OCCC) in Orlando, Fla., OCCC Deputy General Manager Yulita Osuba said the $187 million investment, completed in August 2015, was made with direct input from meeting planners.

“With the trade show industry changing, with [regard to] content, commerce and communications, it was time that we also evolved and added additional technology to the convention center to be able to accommodate all of the needs of the major trade shows that we’re hosting,” she said.

Part of that process included tripling the OCCC’s WI-FI capability, Osuba said. It also involved installing large digital signs in the hallways, which Janet Skorepa, associate executive director of the American Urological Association, said she found very helpful. “It’s great that they now have these fabulous digital signs where we can either get our key messages out or we can put advertisements there for our exhibitors. We can also use it for a way-finding system so we don’t have to create large banners.”

Among the things Mike Chatham, president of HHCP, the architectural firm that re-designed the space, said he learned from meeting planners is that they are looking for things to do between events and places for people to relax. “The focus is more on hospitality and not just on providing necessary services,” he remarked. To address this, he worked to develop spaces where small groups could gather for breakout sessions or just informal chats.

In September, the OCCC opened its “signature space,” the 48,961-square-foot Tangerine Ballroom, converting what was previously Hall F into a finished, carpeted room, suitable for elegant and casual events. Of special interest are the undulating panels on the ceiling, which are backlit with LED lights that can change colors and allow planners to create a variety of moods.

Nomination Call For Meeting Pros To Watch, 2016
Check Out the South’s Small Market Meeting Destinations in our July Issue!
If You're Not Meeting Here, Meet Nashville & Tennessee 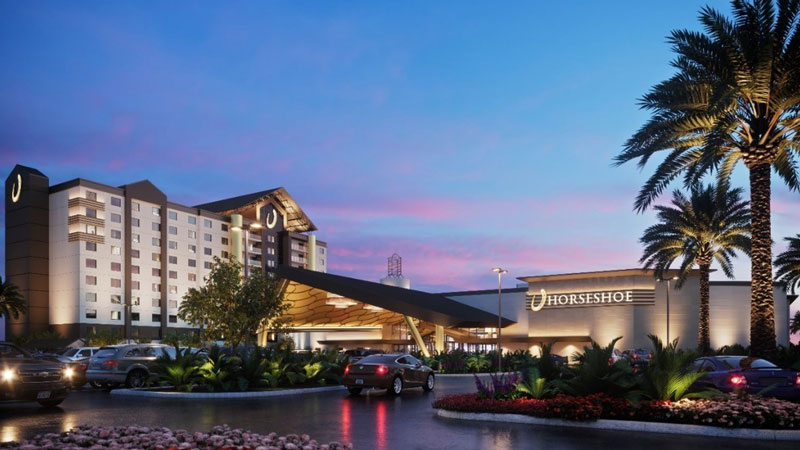 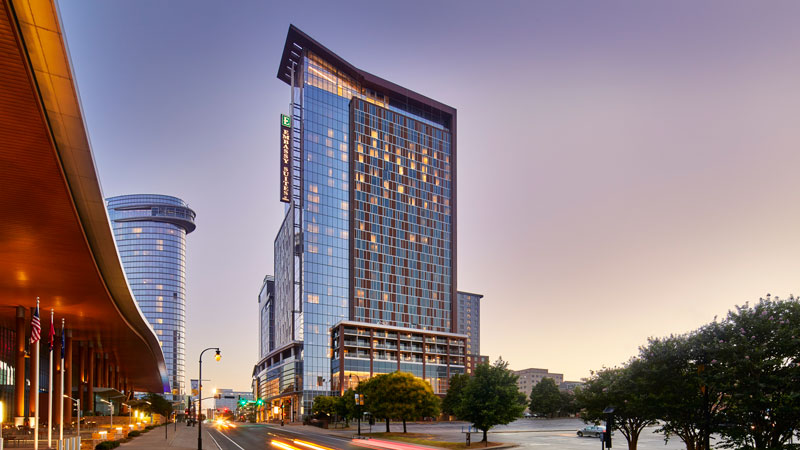 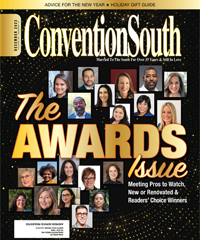